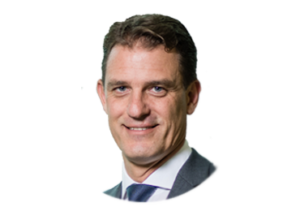 Konrad Pesendorfer is Director General of Statistics Austria since 2010, being responsible for all statistical matters and international affairs. In this function he is representing Austria in the European Statistical System Committee (ESSC), the top decision making body of the European Statistical System, where the Heads of European Statistical Institutes and Eurostat gather regularly. Since 2015, Mr. Pesendorfer is chairman of the OECD’s Committee on Statistics and Statistical Policy. Since 2016, he is Co-Chair (together with India’s T.C. Anant) of the International Comparison Program Governing Board of the UN/Worldbank, set up to calculate worldwide Purchasing Power Parities. He is also a member of the Austrian Fiscal Council, assessing and advising the government on fiscal policy issues. Mr. Pesendorfer is President of the Austrian Statistical Society.
Mr. Pesendorfer started his professional career as an economist at the Oesterreichische Nationalbank, the Austrian Central Bank, and at the Federal Ministry of Finance, was Economic and Financial Counsellor at the Permanent Mission of Austria to the OECD and Counsellor to the Executive Board of the European Central Bank in Frankfurt. Before being nominated to his current position Mr. Pesendorfer was the Economic Policy Adviser to the Austrian Prime Minister.
Mr. Pesendorfer studied economics at the Vienna University of Economics and Business Administration and holds a Ph.D. in economics. He was lecturer on international economics at the H.E.C. Business School in Paris and at the Institut d’Etudes Politiques de Paris (Sciences Po) in Paris. 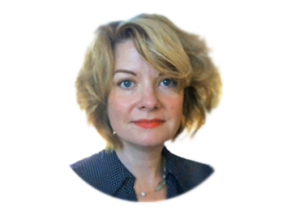 Jennifer Park, PhD leads the United Nations Economic Commission for Europe’s statistical policy initiatives for the Sustainable Development Goals (SDGs). Her initiatives focus on country-led, demand-driven, practical tools for providing robust, transparent, and timely national statistics for the global goals. Products developed to date from these initiatives include the UNECE CES Road Map for Statistics for Sustainable Development Goals, the UNECE CES SDG Data Flow Pilot, and guidance on the preparation and use of national reporting platforms for online, open access to national statistics for SDGs. Prior to joining UNECE on assignment, Park served as senior advisor to the US Chief Statistician at the Office of Management and Budget where she was responsible for maintaining US Federal statistical standards. In this capacity, she prepared Statistical Directive 1: Fundamental Responsibilities of Federal Statistical Agencies. In addition to her work in statistical standards, Park led US represntation in international statistical policy matters. She co-chaired the UNECE CES Steering Group on Statistics for SDGs. She represented the US in the UNSC High Level Group for Partnership, Collaboration, and Capacity Building for SDGs (HLG-PCCB). She authored the US Road Map on Statistics for Sustainable Development Goals, led the development of the US National Reporting Platform for SDG Statistics, and, with the Administration, organized an interagency process involving policy analysts and statisticians in the provision and communication of US statistics for SDGs. Through her secondment to the State Department, she advanced the use and sharing of open source methods and tools for national reporting platforms in over 22 countries.  Her work in this regard was recognized by the 2016 Professional Achievement Award of the US Office of Management and Budget. Prior to joining OMB, Park served as a senior statistician at the National Institutes of Health and the National Center for Education Statistics, where she led regulatory compliance and study design for the two largest US birth cohort studies to date. She earned her PhD in Demography from Brown University and completed post-doctoral study at Harvard University in cognitive development and neurology. Prior to graduate study, Park served as reasearch assistant at the Statisics Department of the International Monetary Fund and to the EU2 Department.